This review first appeared on Beth Tabler’s Before We Go Blog as part of the current Self Published Fantasy Blog Off (#SPFBO) competition. I’m a member of Beth’s #SPFBO reviewing team and Demons, Ink was in my initial batch of books to read. I enjoyed it so much I selected it as a semi-finalist. I held off on publishing the review here until now so as not to confuse my blog with any of the official judging blogs for the competition. Ultimately Demons, Ink was not chosen as our team’s finalist, but now that the first phase of the competition is over I wanted to circle back and post the review here as well in order to show some love for a book I really enjoyed. I hope you’ll give it a go as well.

END_OF_DOCUMENT_TOKEN_TO_BE_REPLACED

Yesterday my SPFBO 7 review for Demons, Ink by Clayton Snyder went up over on Before We Go Blog. This was my selection from my initial batch of books to move on to the next round in the team’s selection process, and the first selection for the team as a whole. We may end up with 9 or 10 books in that second round and from those we’ll narrow it down to a few semi-finalists, and then a finalist.

Anyway, I enjoyed this read and hope you’ll check it out. Click below to be taken to to the review.

As always if you don’t know about SPFBO it’s an annual contest hosted by author Mark Lawrence with 300 self-published fantasy books/authors split between ten judges or judging teams that will eventually work it’s way to a final winner. Check out the SPFBO Webpage for more details and the SPFBO 7 Page for more on this year’s books and judging teams. I hope you’ll follow along!

I’ve been quiet here lately but it’s not because I’ve quit reading or reviewing, I’ve just been doing it over at Before We Go Blog for #SPFBO.

You’ll be seeing more regular reviews from me here soon. I’ve got some reviews for some Orbit releases coming and some self-published fantasy that ISN’T a part of the contest I’ll be posting about.

But in the meantime here’s my review for A Time of Ashes by Ru Pringle for #SPFBO in case you missed it. It was my second cut for the contest.

This is just a quick post to share my first cut of #SPFBO7 for team Before We Go Blog. I know I’ve not posted in over a week and that’s due in part to being busy with work and other things, and in part to focusing only on reading #SPFBO entrants for the past couple of weeks.

If you’re new to #SPFBO here’s a link telling you all about it: The Self Published Fantasy Blog Off

Our initial batch of 30 books was divided among the team and Ryswyck was my first read for the contest and the first book I cut from my batch. Since Beth Tabler’s Before We Go Blog site is the official blog for our team you can find the full post there using the link below. It was originally posted June 11th and you may have already seen me post it on Twitter. I hope you’ll follow our team and the full competition as we move along. In the future I’ll try to cross-post links my reviews once they’ve first been posted to the team blog.

If you follow me on Twitter or here on the blog you know I’m a big fan of self-published fantasy. What started out with a couple self-published author requests to read and review their books soon turned into hosting Self-Published Fantasy Month over the last three years. But there’s one major thing I haven’t been a part of as it relates to blogging and self-published fantasy. That my friends is participating in SPFBO. Sure I’ve followed along over the last few years, and I’ve tried to read the finalists, but nothing more than that. Well, that’s now changed because…

END_OF_DOCUMENT_TOKEN_TO_BE_REPLACED

I have quick blog update for everyone! I’ve added another menu item to the blog along with a new challenge.

A week or two ago I posted about My Nebula And Hugo Award Reading Challenge where I’m trying to read the nominees for Best Novel, Best Novella, and Best Short Story for the Nebula and Hugo Awards. Well, I’ve created a page dedicated to the challenge. In addition, I’ve created a page for another, similar challenge…to read and review all of the SPBFO5 Finalists. The goal is to read them all before the end of the year but I recognize up front that it might not happen. Ultimately the goal would be just to read them all…Some day…Before I die. I’d like to add to this list each year as the nominees/finalists are named, and maybe even do previous years if I decide to really get wild. END_OF_DOCUMENT_TOKEN_TO_BE_REPLACED 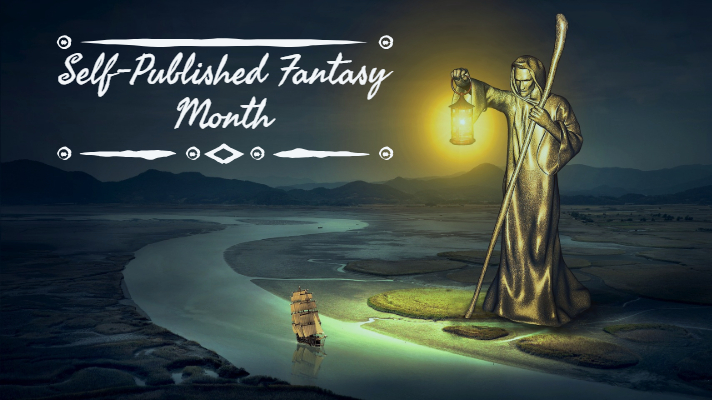 It’s been almost week since I announced plans for Self-Published Fantasy Month here on the blog. The announcement got a much better reception than I anticipated! Between likes and comments here and retweets over on Twitter it seems many of you are excited by the idea.

The last week kept me pretty busy and I had to drive the kids to their grandparents yesterday (9 hour round-trip) so I didn’t get to do as much work on my reviews or planning for next month as I would have liked, but I do have a few updates for you. END_OF_DOCUMENT_TOKEN_TO_BE_REPLACED 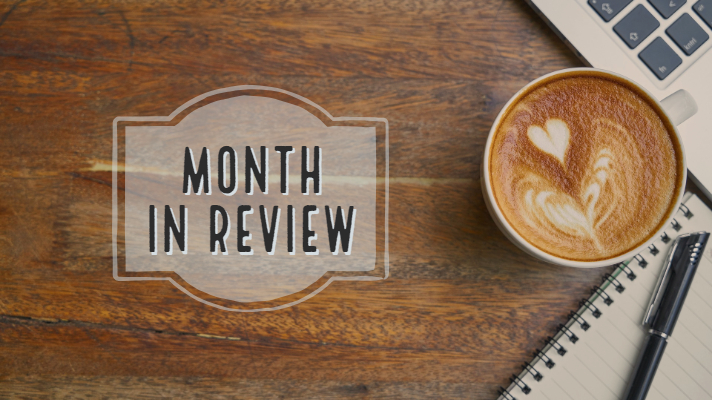 Wow is it already July? Half the year has already gone by. That just feels crazy. Well, it’s time for another Month In Review And A Look Ahead, and this one is pretty interesting. To me at least.

June was a pretty spectacular month at Off The TBR and at the same time not much happened. I didn’t post a single book review and I had the best month ever in terms of traffic on the blog along with the single most viewed post I’ve ever had. Now, that isn’t saying much since this little ole blog has only been around since November 2017, but I’m kinda excited about it. Ok…here’s what happened… END_OF_DOCUMENT_TOKEN_TO_BE_REPLACED

One gem of Sci-Fi/Fantasy book twitter and bloggosphere I discovered this year is self-published fantasy, and the #SPFBO (Self-Published Fantasy Blog Off). Prior to starting this blog I had what’s probably the typical opinion and response to self-published fiction; if it’s self-published it must be bad, otherwise a publisher would have picked it up.

At the beginning of 2018 I put together some goals for the year. One of those goals was to read more debut novels. I wanted to read one debut a month. What I originally meant by that was debuts published in 2018. To my surprise a few self-published authors contacted me asking if I’d be interested in reading their debut, some of which were written in prior years. At first I didn’t want to accept (see my comment above about self-published books), but I came around. Thank the literary gods I did because I discovered how wrong I was! See my love for Gedlund for just one example. 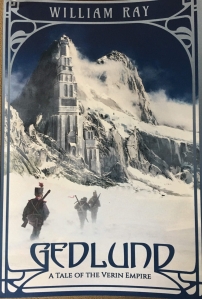 Then, I discovered the #SPFBO. END_OF_DOCUMENT_TOKEN_TO_BE_REPLACED