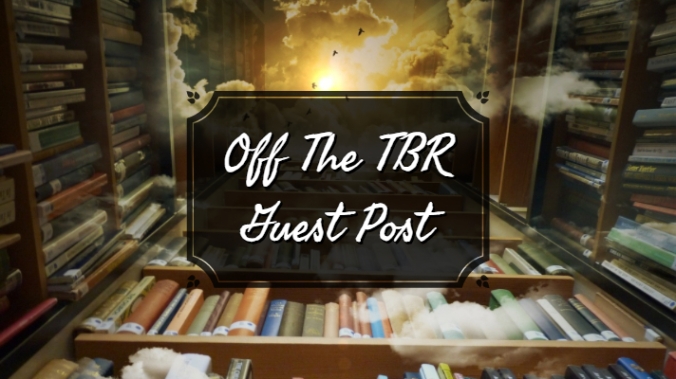 Today I want to welcome a special guest to the blog! K.S. Villoso is the author of the soon to be released The Wolf of Oren-Yaro from Orbit. Kay is an amazing author and The Wolf of Oren-Yaro is a fantastic book. If you haven’t put it on pre-order yet you really should. You can find out more about Villoso, and her book below, along with a link to my review.

This article originally appeared for #Augvocacy2019 , a month-long celebration amplifying Asian voices in books and media. 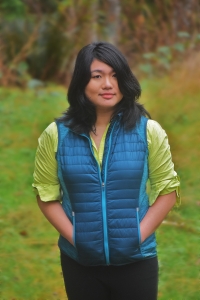 The Challenges of #OwnVoices Fantasy Worldbuilding

You enter a new world that bears little resemblance to the one you’ve always known. As you adjust to the present world, your past seems frozen in time—the every day you used to take for granted assumes a dream-like quality. The melodious honking of jeepneys; the sour stench of garbage on the streets of Pasay; the delicious pig’s-ear barbecue roasted on hot coals your mom’s friend down the street would make every night. The floral sweetness of the jasmine petal chains sold by street children; the hot blast of polluted air; the roosters crowing on cold, muggy mornings. Every rich detail, embedded into your memory as if they were from yesterday.

At least, this was my experience. In the years since I left the Philippines, I attempted to preserve those memories in a way that allowed me to indulge in them thoroughly: through fantasy worldbuilding. Carved by homesickness and the knowledge that I can never again belong in the land I once called home, every corner of this world was built to contain my thoughts and my longing for it. Postcolonial trauma, precolonial pride, the struggles of the diaspora, the hollowed absence of cultures that have lost too much—it’s all there. But this sort of worldbuilding that draws from every crevice of our own experiences, which many call #ownvoices, comes with its own set of challenges.

Many people, whose lives resemble the media they’ve consumed, tend to assume the world runs a certain way, even if they have never seen the rest of it. Books, movies, and even video games in the past have featured the “other”—other races, genders, sexual orientations—in an often stereotypical way. While there has been enough progress on that front that most people are now aware that some things are stereotypes, that still leaves a big, blank space on what truly authentic representation looks like.

Unfortunately, authentic representation often appears nothing like what many expect it to. People often hope for an exotic experience, the novelty of something new: “Are you tired of European-inspired worldbuilding? How about some Asians? You get an Asian, and you get an Asian, and you…” But they want it packaged in a way that appeals to their comforts. A tame, condensed, easy-to-swallow version. If they read about an Asian person, they expect that Asian person to cater to them, which includes explaining experiences that doesn’t match theirs. They might also expect that Asian person to act or talk a certain way, or to focus on certain topics that matches what they have known about Asians from absorbing the stereotypical media from the past. They want the caricatures—the proud, noble warrior talking of honour, the grizzled sages of martial arts, the hyper-sexualized Asian woman intimidated by her men and in need of saving (or at least prove she is just as good as a boy). We all have almond eyes and drink tea, and have hobbies like flower arranging and acupuncture.

So many people, even with the best intentions, find themselves shocked when they encounter the depth that marks many #ownvoices stories. What many praise as “vivid” and “visceral,” others call “dense” and “confusing.” These worlds are so well-rounded and so full of detail that others wonder if the authors are, in fact, going through “representation checklists.” And in many cases, these books have characters that don’t fit the tropes that people associate with the “genre,” nevermind that culture and setting are not genres. I have had reviews that comment about the readers’ struggle to place themselves in the world, as if it’s my responsibility to hold their hand and point out exactly why they don’t recognize the markers. Because this is about my people’s trauma, I want to scream. Because we were colonized over and over again until even we don’t know what we are. This isn’t about you. This is about us.

This is about us.

I am learning so much these days, particularly in what voices get centered and why, and where that leaves those of us in the margins. In many ways, I understand that the world is not designed for us, and I have never once expected others to change how they express themselves in order to better make me understand. I’ve learned to open my mind this way, to connect with people who look nothing like me and don’t care about the things I do.

But oftentimes, what we don’t expect of others is expected from us, anyway. They demand we make our worlds more accessible. People want a tour, with signs on every corner, adjusted to suit their needs, because they think—insist—that they are our audience. When we don’t give it to them, they turn to others who parrot our cultures—who can offer that exotic experience without the overwhelming nuances and subtlety that #ownvoices provide. And so, because that tame, comfortable exoticness exists in other venues, authentic representation becomes somewhat of an alien experience, and to many—the inferior, less desirable option.

In other words, the feature becomes the flaw.

Where then, does that leave us?

Those of us desperately trying to process our experiences, to reconcile our traumas and shape our pain into something faintly entertaining—because we want to! Because we have voices, too!—are often further marginalized, because many gatekeepers and tastemakers don’t understand. They chalk it up to a failure to connect, to the thing just not being quite their thing, to that gut instinct they have that are just as shaped by biases as everyone else’s. They express frustrations about a character’s decisions, not realizing the cultural context that shaped that character’s personality, as if many of us don’t also scratch our heads over, say, the Western hero’s desire to succeed against their family’s wishes.

Sometimes, it crops up in insidious ways. 4 stars instead of 5, with the readers’ enthusiasm tampered by something not under the author’s control. (“I just have trouble with non-Western names,” people have told me, even after I’ve purposely used names no different than those in European-based fantasies). Neglecting to include authors of colour in top lists, unless it’s a “diverse” list of some sort. Otherizing and exoticizing PoC-authored books. “Read this book for diversity,” they say, instead of, “Because it’s good.” A great exercise is to go through the low-star reviews of books by AoC and see if you notice any patterns. The author didn’t explain their culture very well. It’s not Asian/[Insert Race/Culture/etc.] enough. I just don’t like the characters.

“Not everything is for everyone,” others will say, but the problem is that you often cannot reach your audience without going through a gatekeeper of some sort. All those little things pile up and make it harder, nevermind how difficult things already are for the marginalized in the first place. We need help and support, and finding both is already a challenge in itself. If the gates are closed, what choice do you have left? Point out the flawed locks? Scream until your throat hurts? Burn the walls down?

I’m in a burn the walls down mood myself these days, which I’m accomplishing by throwing more into my worldbuilding and my writing. More detail. More passion. More rage. And now I can’t wander these fantasy streets without seeing something from my past, all those intricacies that were once my every day. At the very least, it’s helped with my homesickness, knowing I can write and find myself back there in a flash. I can see those rice fields unfold, or listen to the monsoon on a tin roof, or taste food I haven’t had in years, like rice coffee or coconut fern stew. I can walk around an airy nipa hut, the bamboo floor creaking under my feet, or cherish the scent of toasted coconut shell charcoal, or watch the sunlight dance over the waves of a roaring sea. Maybe that makes my books too difficult for others to wrap their head around. But it makes sense to me, so I won’t stop.

If we cannot be anything but ourselves in this world, we might as well be unapologetic about it.

Bio: K.S. Villoso grew up in the slums of Manila before moving to Canada in her teens. She now writes fantasy with themes shaped by her childhood–stories of struggle, hope, and resilience amidst grim and grit. Her debut, THE WOLF OF OREN-YARO, will be released by Orbit February 18, 2020. 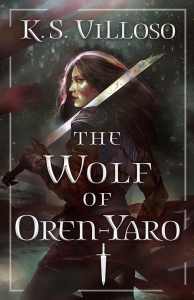 A queen of a divided land must unite her people, even if they hate her, even if it means stopping a ruin that she helped create. A debut epic fantasy from an exciting new voice.

“I murdered a man and made my husband leave the night before they crowned me.”

Born under the crumbling towers of Oren-yaro, Queen Talyien was the shining jewel and legacy of the bloody War of the Wolves that nearly tore her nation apart. Her upcoming marriage to the son of her father’s rival heralds peaceful days to come.

But his sudden departure before their reign begins fractures the kingdom beyond repair.

Years later, Talyien receives a message, urging her to attend a meeting across the sea. It’s meant to be an effort at reconciliation, but an assassination attempt leaves the queen stranded and desperate to survive in a dangerous land. With no idea who she can trust, she’s on her own as she struggles to fight her way home. – Goodreads Blurb

Here’s a link to my review of The Wolf of Oren-Yaro.

2 thoughts on “Guest Post – The Challenges of #OwnVoices Fantasy Worldbuilding”