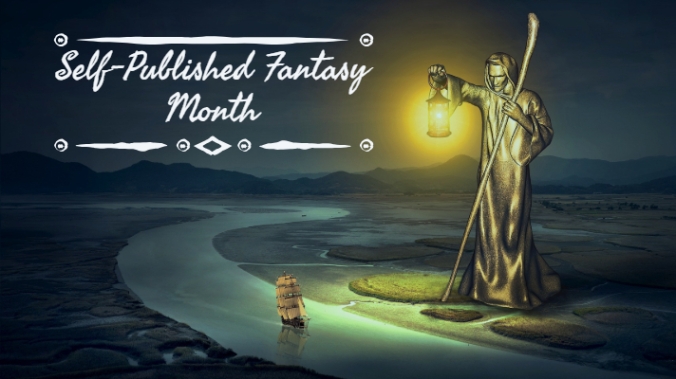 Today Victoria Corva joins me here on Off The TBR for a special Self-Published Fantasy Month guest post! Victoria’s novel Books And Bone was released back in April and she’s here to discuss self-publishing from a debut author’s perspective.

Expectation Vs Reality: My Self-Publishing Debut 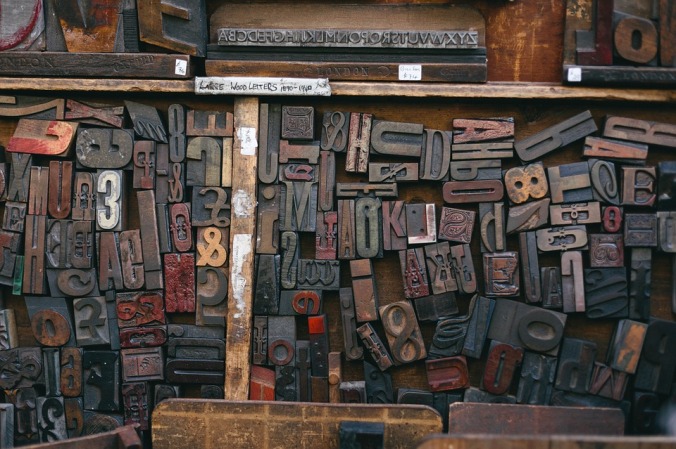 As mad people often do, I decided to self-publish my novel.

I’d done my research and was, I hoped, prepared for the worst. There are a lot of reasons people go for traditional publishing rather than self-publishing, and stability is one of them. But I’ve been at this whole ‘novel writing’ thing for many years and as my life shifted to being self-employed anyway, a lot of the risks and inconveniences became a lot smaller — and the rewards, which had always appealed to me, became all the more tempting.

So what is the ‘debut’ publishing experience like when you self-publish? I can’t speak for everyone, but almost six months on I can definitely speak for myself! 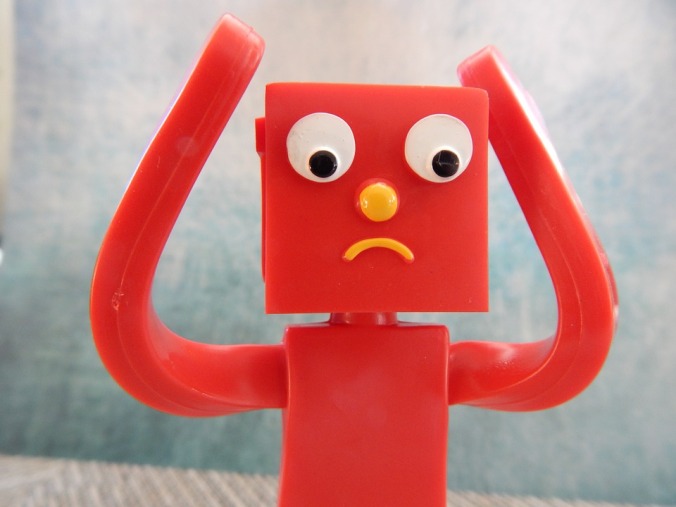 If a book is published and nobody sees it, was it ever published at all?

Honestly, the scariest thing about self-publishing was knowing how insignificant my experience would be. You put so much of yourself into your book and you want people to see it. You want to share it with the world. And when you compound that with self-publishing, where you’ve poured time and money into publishing as well, the prospect of going unknown can be crushing.

For me, the benefits seemed worth it. Surely, I thought, someone will see it?

Trad published authors have a whole community around debuts. They form cliques by year of publishing, they get inducted into circles of authors under their publisher, they meet each other on panels at conventions and book tours.

None of this was likely to happen for me. Afterall, when you are your own publisher, there’s nobody to introduce. And there’s not that automatic respectability that trad authors look for in each other.

The thing is, I’m awkward as hell anyway. I don’t have a clue how to network. I’m honestly very bad at even saying hello to people I don’t already know. Even if I were trad published, I would likely always find myself on the outside of these circles.

But … writing is lonely. So this was a very hard thing for me to let go of, even knowing I wouldn’t see the benefits. I wanted a community. It would be a lot harder to find one on my own.

I like to have control over things. When and where something is published. What the cover art will look like. Who is editing and proofreading it. Traditional publishing is publishing by committee, and while there’s a lot to be said for it, it’s also not really what I want. I wanted my book to be mine, as wholly as I could, because there’s no way I could control anything  once it went out into the world.

I knew that this would be a lot more work. Like, breakdown-inducing levels of work. But I’m not afraid of work and I have mental breakdowns all the time anyway (this may seem like a weird brag). I like learning new skills. And whatever anyone might have to say about self-publishing, all sources agree: the author is in control. 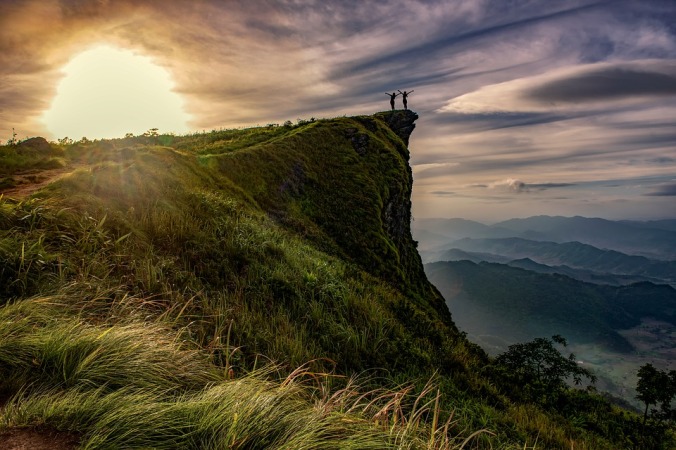 A small audience is still a profoundly special thing

I didn’t expect to be wildly or even mildly successful, and that’s good because I’m not. I sold a tidy parcel of books at launch (as well as fulfilling the orders of my Kickstarter backers) and I sell a handful of books each month if I’m lucky. This is honestly a little better than expected; the self-publishing model runs on series, on your readers buying the NEXT book as well, so until I have more books to my name this is as much as I can hope for.

Except I never realised how much I would value those readers. How much I love getting messages from people letting me know they’ve bought my book, or that they’ve read it and are waiting for the next one, or joking about my characters. I’m a small creator, so I’m approachable. I get to see and respond to all of these messages. And every time I get one, my Grinch’s heart grows three sizes.

I’d like to be successful one day. But I will never regret this time where each sale is noticed and each message is special. I want to hang onto this feeling. This gratefulness.

This community has no gatekeepers

It’s true that I didn’t get inducted into a secret writing cabal on publishing, but luckily there are a lot of us writers about — published and unpublished. And the cool thing is — there’s nobody to say who’s respectable enough or not. That is deeply reassuring and makes me feel more like I’m allowed to take up space. Really, all you need to do is say hi.

I’m not great at this, but I’m trying. I’m talking more to writers, especially self-published writers, who are interesting or writing similar things. I’m reaching out more. And I hope that with time I might have quite a good community around me.

Certainly, when you ask for advice, there’s no shortage of experienced self-publishers willing to share what they’ve learned. I’m going to try to do the same.

So I’m trying. I’d be lying if I said it wasn’t hard, though.

Self-publishing is its own reward

Everything they say about control in self-publishing is true. The work is hard but deeply satisfying. As I’d learned when I started self-employed work, it’s much more satisfying when everything you do is for your own benefit. I’ve learned formatting (print and ebook), I’ve learned about ISBNs and distributors, I’ve learned to do my own title art. I searched for and compared cover artists, looking for balance of style/cost that was right for me. I ran a small, successful Kickstarter campaign! And I’m pleased and proud of everything I’ve learned and the book my work produced.

The only things you can’t control are things I knew going in. I can’t control marketing beyond putting out a tweet every now and then. I can’t control who or how many people buy or review my book. And I can’t control my budget — I would never have been able to publish it without Kickstarter, and the cost of self-publishing is, I think, the main barrier it poses to those who’d like to pursue it. It’s hard to accept that I can’t control those things, but I made my peace with that before I went in.

But everything else has been a dream. It was a lot of difficult, sometimes frustrating work. There was a definite learning curve. But it was so, so satisfying.

I’ve made mistakes. There are things I want to do better with the next book I publish — things I will do better. But nothing drastically went wrong and a lot went very very right. I went into this thinking that self-publishing would be hard, painful, and lonely, and came out excited, with new skills, and with the support of my readers.

Self-publshing isn’t for everyone, I’m sure. But for me, it far exceeded my expectations.

And honestly? I can’t wait to do it again.

Victoria’s debut novel Books And Bone was released April 22, 2019. Here’s a quick look at the cover, the blurb, the opening chapter, and where you can find it online. 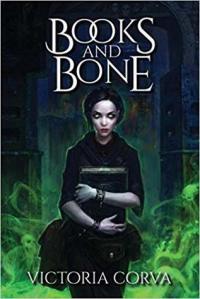 The others believe in blood and bone. Ree believes in books.

She manages the libraries and draws maps for the denizens of her hometown, a secret society of necromancers hiding in a sprawling underground crypt. Though they look down on her for not practicing their craft, Ree has bigger ambitions than raising the dead. She’s going to resurrect therianthropy, the ancient magic of shapeshifting. Or at least — she’ll do it if it really exists. And if she can find the books that prove it.

But Smythe, a chatty historian from the world above, stumbles into the crypt and takes a curse meant for Ree. Now she has to find a way to save him, keep the townsfolk off her back, and convince her necromancer parents that shapeshifting is a viable career path.

Ree is certain that if she and Smythe combine their scholarly skill sets, they’ll find the right books to solve their problems. But Ree’s search for power might put the entire town in danger, and her father and the other townsfolk want Smythe dead lest he reveal their home to a world that hates them.

Buy it in eBook or paperback: Amazon US | Amazon UK | Smashwords | Kobo | Barnes & Noble | Waterstones | Book Depository | and most bookstores and online booksellers.

You can also read the first three chapters for free here. 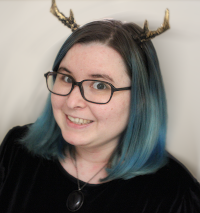 She lives in Wiltshire with her partner and her furry familiar and as many books as she could fit in her small flat.

She is anxious and autistic and doing just fine.

To find out more about her and read more of her work, visit https://victoriacorva.xyz or follow her Twitter handle @Vicorva.

5 thoughts on “Guest Post – Expectation Vs Reality: My Self-Publishing Debut”