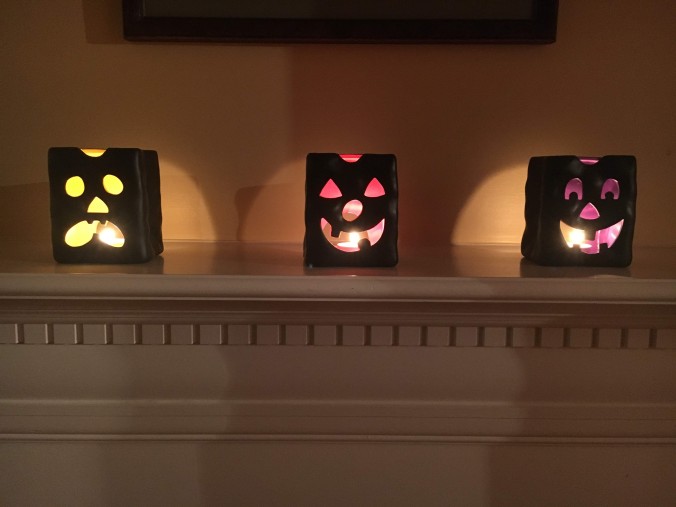 This is just a quick update/addendum to my last October post – October Update: Study Breaks And Halloween Reads where I discussed how I was procrastinating and not getting much studying for my certification exam done this month. Instead, I was doing something infinitely more enjoyable…reading. Well I’d be lying if I said I changed my ways. I did study a very little, but I mostly kept reading which is what this post is about. I’m coming down with a little head cold so I won’t be putting a lot into this post but I want to get it up before we get any further into November.

Btw it’s raining outside, it just isn’t cold. I can’t sing the song if it isn’t cold and raining… 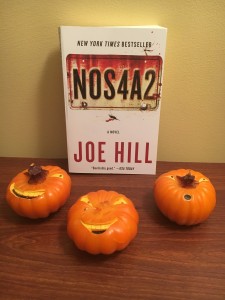 My third read of the month was NOS4A2 by Joe Hill. Wow did I really enjoy this one. And boy was it creepy! I’ve only read one other book by Joe Hill (The Fireman) and NOS4A2 is by far my favorite of the two. I could see so much of his father’s influence in his writing. (For those of you who don’t know, his dad is Stephen King.)

Like his father, Hill manages to find the dark aspects we all share and don’t care to talk about and he plays them up, building them up in our imagination in ways that make us all shudder. This isn’t horror that suddenly scares like in the movies where you’re startled into a moment of fear, this is a deeper, darker horror that lingers after you’ve put the book down and gone to bed, and that sometimes lingers on until morning. It stays with you because you know that even though the supernatural is played up (like say a guy who can live off the souls of others, or traveling from one location to another across the country by crossing a bridge), it’s the things that are most human in the story that are the scariest, even if done by the monsters.

I also really like the idea of inscapes that Hill uses as a plot device. The idea that like in music and art someone takes an idea in their mind and brings it to life for others to experience and enjoy, perhaps there are other ways that the imagination can be brought into this world for others to “enjoy”…or be terrified by.

Vic McQueen (the protagonist) was also a favorite of mine. It’s hard to say exactly why I like her, but I did. She starts off with such potential and like all of us things come up in life that chip away at it until we are left with an adult version of ourselves we never expected, one that in many ways is a let down from our childhood dreams. The fact Vic is about my age, maybe a year apart had me identifying with her too.

I’m looking forward to more of Hill’s books. There was a subtle hint in NOS4A2 that his books all share the same “world” so I’m curious to find some of the connections. A bunch of people said they thought this was his best work, but that’s all right…I expect I’ll enjoy the others as well.

My last read of the month was The Haunting of Hill House by Shirley Jackson which I finished about 12:30 Halloween night. I picked it up because I’d started watching the show on Netflix and thought I’d better read the book first. This was my first foray into Jackson’s work and let me just say I’ll be reading more.

Hill House is all about atmosphere. The house is as much of a characters as the characters. There was so much to unpack in this little book that it caught me by surprise. I’m gonna need to read it again and really chew on it. I need to wrestle with the following:

Ah…the list could go on. I’ll be coming back to this book at some point. I’ll need to find some more critiques before I do. Maybe even academic ones. Until then I’ll be watching the rest of the show.

Well, that’s it for my October reads. On one hand I wish I’d done more studying because now I’m behind. On the other I’m glad I took some time to enjoy some good books. It made for a good month after getting down about not finishing September like I wanted to.

Be on the lookout for reviews for Kingshold and The Wolf of Oren-Yaro. Those are still coming, though I may change my review format a bit. You’ll also see me posting about SciFiMonth over on Twitter. I’ve got four potential books picked out to read for November but I’m only expecting to read maybe two of them due to the need to get back to studying.

Until next time, Happy Reading!