It’s time for another Book Haul post. One of my blogging goals for 2020 is to be to be more intentional about Book Haul posts. I’m aware that it’s possible nobody cares about the books I’ve bought or received, but I kinda like when bloggers post these because it not only puts new books in front of my eyeballs that I might not be aware of, but they also give me an idea of the blogger’s tastes. For my purposes a Book Haul post can include any book I’ve come to possess, not just those I buy, so arcs requested or just sent from publishers will be listed as well.

We are almost halfway through July and I just now realized I hadn’t written my book haul post for June. Let’s just say I’ve been busy and had a lot on my mind. June was a slow month all around. I think I only read/reviewed one book. And my book hauling took a hit too which though good for my wallet and TBR stack, is a little sad for someone who loves getting new books. Well, here they are, all FOUR of them in their fabulous glory, a couple free downloads and a couple self-published purchases.

“I’d been ridiculed, rejected, robbed, and almost dismembered, and I’d only been in Liera a week.

Mercenary Kyrra d’Aliente’s homecoming is not as triumphant as she hoped. Her family is dead, her pockets–empty, the man she loves—missing, and a bunch of out-of-work sellswords want to steal her metal arm. So, when an encounter with an old friend leads to a smuggling job, she’s more than willing to hop on board in exchange for a bag of coins and a little revenge.

But will this mysterious cargo be worth the firestorm it ignites?

Fortune’s Fool is one of my favorite self-published novels. I can’t wait to get my hands on Fool’s Promise, book two in the Etrean Empire series when it finally comes out. Until then I can get my Renaissance fantasy fix by reading Smuggler’s Fortune a prequel novella to Fortune’s Fool.

I downloaded Smuggler’s Fortune from Angela Boord’s newsletter. It had been available for a while, I just took my sweet time getting it. I believe it’s getting an official new cover and will have a wider release in the near (or somewhat near) future. Keep your eyes open, or sign up for the newsletter and see if you can get a copy for yourself.

“On a cold spring night in 1952, a huge meteorite fell to earth and obliterated much of the east coast of the United States, including Washington D.C. The ensuing climate cataclysm will soon render the earth inhospitable for humanity, as the last such meteorite did for the dinosaurs. This looming threat calls for a radically accelerated effort to colonize space, and requires a much larger share of humanity to take part in the process.

Elma York’s experience as a WASP pilot and mathematician earns her a place in the International Aerospace Coalition’s attempts to put man on the moon, as a calculator. But with so many skilled and experienced women pilots and scientists involved with the program, it doesn’t take long before Elma begins to wonder why they can’t go into space, too.

Elma’s drive to become the first Lady Astronaut is so strong that even the most dearly held conventions of society may not stand a chance against her.” – Goodreads blurb

The Calculating Stars was another of the free downloads from Tor.com. If you’re not already signed up for their newsletter you should seriously rectify that situation. They offer up a lot of great books for free on the regular. In this case it was in the lead up to the release of book three in the series, The Relentless Moon.

Apart from that I’ve been wanting to read this book for a while. I mean it has a lot to recommend it such as winning the 2018 Nebula Award, 2019 Locus Award, and 2019 Hugo Award for Best Novel as well as being a finalist for the 2019 Campbell Memorial Award. Beyond that it just sounds like a damn cool read. 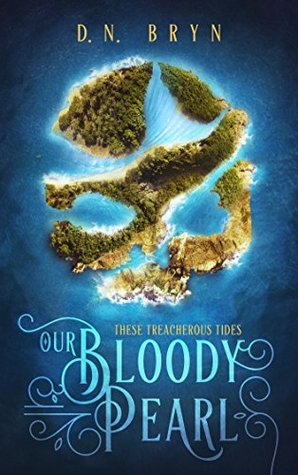 “The ocean is uncontrollable and dangerous. But to the sirens who swim the warm island waters, it’s a home more than worth protecting from the humans and their steam-propelled ships. Between their hypnotic voices and the strength of their powerful tails, sirens have little to fear.

That is, until the ruthless pirate captain, Kian, creates a device to cancel out their songs.

Perle was the first siren captured, and while all since have either been sold or killed, Kian still keeps them prisoner. Though their song is muted and their tail paralyzed, Perle’s hope for escape rekindles as another pirating vessel seizes Kian’s ship. This new captain seems different, with his brilliant smile and his promises that Kian will never again be Perle’s master. But he’s still a human, and a captor in his own way. The compassion he and his rag-tag human family show can’t be sincere… or can it?

Soon it becomes clear that Kian will hunt Perle relentlessly, taking down any siren in her path. As the tides turn, Perle must decide whether to run from Kian forever, or ride the forming wave into battle, hoping their newfound human companions will fight with them.” – Goodreads blurb

I first came across Our Bloody Pearl during #SPFBO5 when some fellow bloggers were posting reviews of some of the entrants. I was immediately smitten with that gorgeous cover. Then, you tell me there’s pirates and merfolk, and maybe merfolk fighting pirates? Um…yes please. I didn’t buy it right away (as is obvious by it’s inclusion in this post) but it’s been on my want list ever since. I finally bought it because it was on sale, AND because I’m thinking of including it as one of my reads for Self-Published Fantasy Month in September. I haven’t finalized my list of books for September but it is definitely in the running. If I don’t read it then I hope to get to it before the year is up.

“Xelnath of the Gnarled Root—a tavern owner, information broker, healer, and guildmaster of the Blackwind Company—has found a place, far better than the forest from which he came in the magical metropolis and city-state of Lladad in the Magiian Empire.

When a simple act of kindness draws the ire of a troubled assassin, his love-stricken Archmage father and an army of magically constructed golems, Xel must scheme with vipers of the high court, mingle with royalty at the castle, blackmail drug dealers in the slums, and fight assassins and mercenaries in the streets.

He needs to lean on the support of his motley crew of a dark elf assassin, a dragon pirate, a high elf royal, and a talking dog artificer to keep him from his own inner demons and doubts.” – Goodreads blurb

I’m not sure when I saw my first review for Tavern, or who wrote the review, but it popped up on my radar again lately. I think I’ve come across three or four reviews from blogger buddies for this one and all of them were good. Add to that I was looking for some additional reads for Self-Published Fantasy Month and well, it was time. And seriously, is there anything about that blurb that doesn’t sound fun? So yeah…I’m pretty sure this one is a definite read for September.