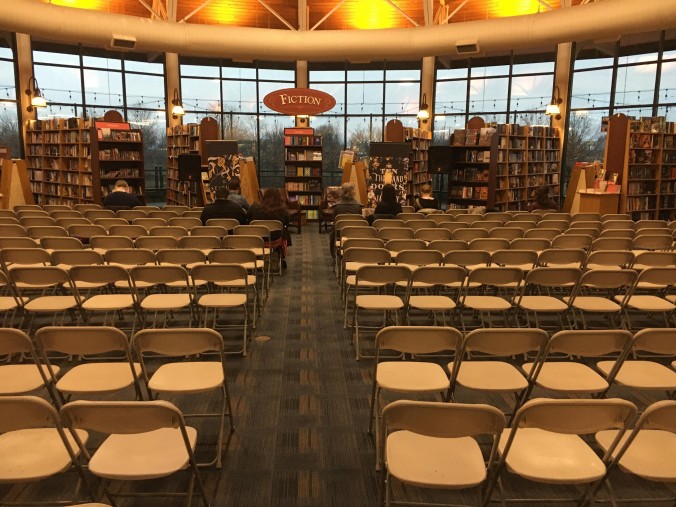 This past Saturday my daughter and I went to a special book event at our local indie bookstore. Erin Morgenstern was kicking off the final wave of her U.S. book tour for The Starless Sea here in Lexington and the bookstore set up an event where Alix E. Harrow, the fabulous author of The Ten Thousand Doors of January would interview her and then they’d both have a book signing. I’ve never read anything by Morgenstern but I figured my daughter might like to try her books out, and truth be told so would I. As for Alix E. Harrow, if you follow this blog you’ll already know I’m a fan. This wasn’t my first time meeting Harrow, that was back in November at the Kentucky Book Fair where I had her sign a copy of her book for my daughter, but I still didn’t have a signed copy for myself.

It was a really cool event and one I’d had on my calendar for over a month. We got there about an hour and a half early in order to get a good seat. All but the last two chairs on the front row were already filled or reserved. While we were waiting we took turns looking around the store to kill some time. 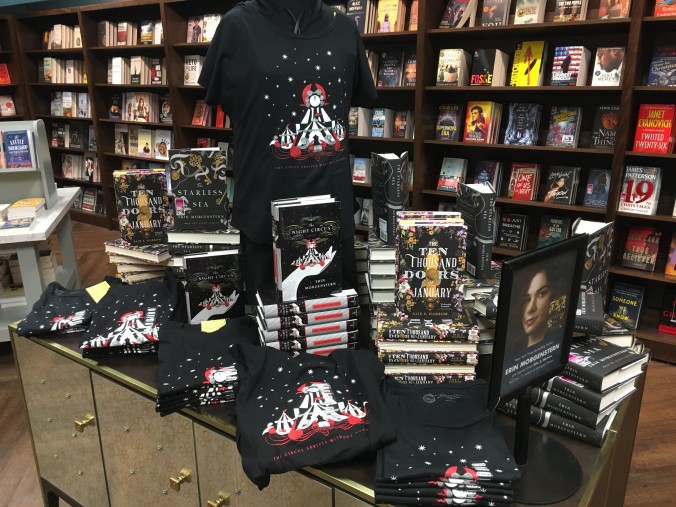 They had a cool table at the front of the store with stacks of The Night Circus, The Starless Sea, and The Ten Thousand Doors of January. They also had a really cool t-shirt for sale for The Night Circus but they were like $30 and I just didn’t want to spend the extra cash on it. I thought about it though.

The place quickly filled up and the event started right at 6:00 PM. Both authors walked in to cheers and applause because yeah…they both kinda deserve it I think. There was a quick intro and then Harrow started things off with a Venn Diagram of the similarities and differences between The Starless Sea and The Ten Thousand Doors of January. 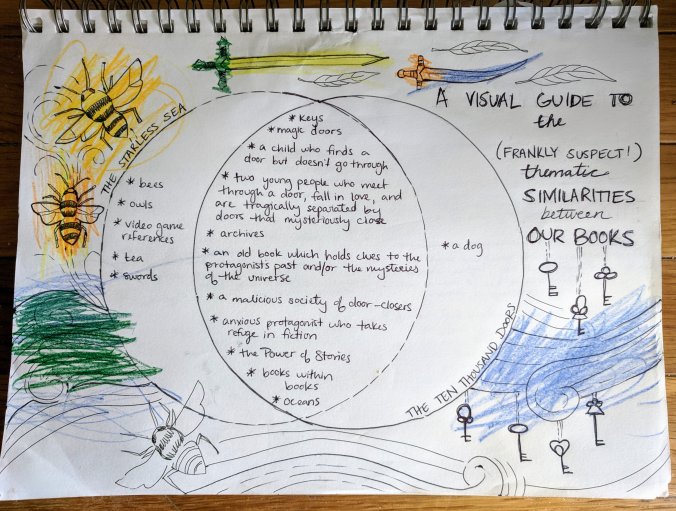 Basically these two books are apparently just the same…but different.

After the interview by Harrow, both authors took questions from the audience. I managed to ask about whether there was any more news Harrow could share about her suffragette witches book she’s been working on and what is it about alternative witch stories that appeal so much to her (as a reference to her Hugo Award winning short story A Witch’s Guide To Escape: A Practical Compendium of Portal Fantasies). Her short answer was there’s a book to come about suffragette witches (so nothing new at this time) and that when she thinks of empowered strong female characters, witches just naturally come to mind. I rather liked that answer.

Morgenstern had some great comments on her writing process, influences on her books, and on the movie adaptation of The Night Circus letting us know apparently a director has been assigned. She also asked Harrow about Spiderversing a fairy tale (a reference to a sales pitch Harrow gave to TOR for a novella series which is now in the works).

Once the discussion was over they took both authors off to another section of the store for the signing. The line was LONG. And by LONG I mean LONG. They called everyone up in groups. We were in group C and had to wait two hours before actually getting our books signed and it probably took at least another hour to get through everyone else. I asked Harrow if they gave her a headcount and she said somebody told her about 400 but she thought that was high. That number seems high to me but I would totally believe they sold 400 books that night as people were buying up multiple copies and they had a ton of books sitting around behind the registers and in the back where the signing occurred. There was even a group that drove in from Detroit and Morgenstern gave them a signed copy of the audio book of The Starless Sea as a gift for the ride home so they wouldn’t fall asleep. 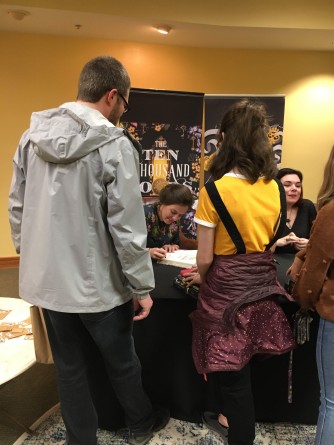 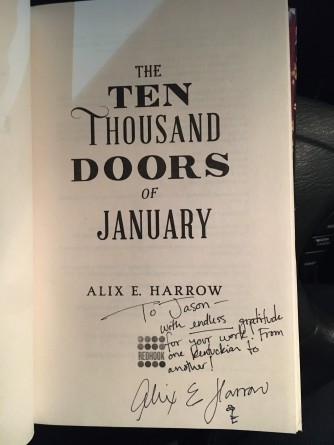 We both got our books signed and Harrow wrote a cool personalized note in mine. It was a great end to a stormy rainy day. Before we left we both picked out an additional book a piece because Hello Bookstore! I took home a copy of All Systems Red, by Martha Wells, and my daughter picked up a cool soft-cover leather edition of Pride And Prejudice, by Jane-Austen.

If you ever have the chance to see either author in person do it! They were both engaging, funny, and great about signing so many books for so many readers.