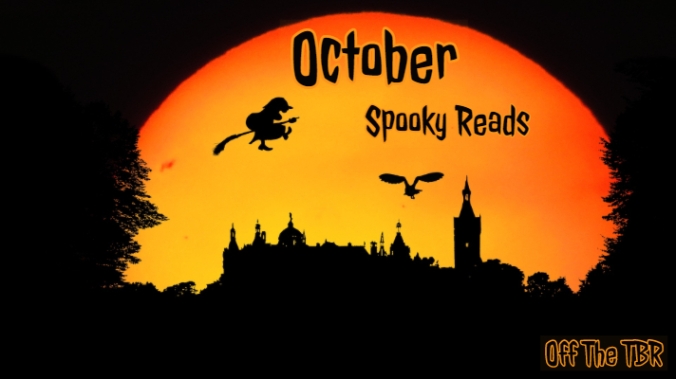 Victoria Schwab (V.E. Schwab for her adult novels) offers up a wonderful little supernatural thriller with City of Ghosts. A middle grade ghost story crafted with Schwab’s gift for narrative and filled with equal parts heart, friendship, and spookyness, City of Ghosts is a perfect read for a dark October night.

“Ever since Cass almost drowned (okay, she did drown, but she doesn’t like to think about it), she can pull back the Veil that separates the living from the dead . . . and enter the world of spirits. Her best friend is even a ghost.

So things are already pretty strange. But they’re about to get much stranger.

When Cass’s parents start hosting a TV show about the world’s most haunted places, the family heads off to Edinburgh, Scotland. Here, graveyards, castles, and secret passageways teem with restless phantoms. And when Cass meets a girl who shares her “gift,” she realizes how much she still has to learn about the Veil — and herself.

And she’ll have to learn fast. The city of ghosts is more dangerous than she ever imagined.

From #1 New York Times bestselling author Victoria Schwab comes this thrillingly spooky, action-packed tale of hauntings, history, mystery, and the bond between friends. (Even if that friend is a ghost . . .)” – Goodreads blurb.

The Goodreads blurb above does a really good job of describing the basic plot without giving anything crucial to the story away. It’s a first person narrative told by Cassidy Blake (Cass for short), something of a solitary twelve year old girl with a photography hobby who also happens to have the ability to pull back the “Veil” and enter the spirit world. Her one companion is a young boy of a ghost named Jacob.

Together Cass and Jacob have made a habit of pulling back the veil and getting to know some of the local ghosts. But when Cass’ parents, a pair of supernatural ghost researchers decide to take the family to Edinburgh to film a TV show things begin to change. Cass discovers there’s more to the world behind the veil than she realized, and that it’s much more dangerous than she imagined.

Schwab as usual does a great job with her narrative skills. As a middle grade book I expected this one to suffer a little in comparison to her other works in terms of the writing simply because of the lexile level required for the age range. And while the lexile level is definitely lower than her YA and Adult books I didn’t really notice it much while reading. Indeed the way she crafts her sentences and paragraphs makes up for any perceived reduction in vocabulary.

“People think that ghosts only come out at night, or on Halloween, when the world is dark and the walls are thin. But the truth is, ghosts are everywhere.”

Something I also really liked is the way Schwab included some local British flair into the story in terms of words and language. She made effort to point out ways in which our British cousins use different words for familiar things, like torch for flashlight, or flat for apartment. While many readers will already know these things it’s very possible many child readers do not. Schwab inserted these into the narrative through the voice of Cass telling her story as if relating them to someone back home in the States.

What I really loved about the book however were the characters, thematic elements, and sense of place. Cass is a girl I think many young readers could identify with and look up to albeit with a special talent none of us have. She’s a girl who wants to know the why of things, and is willing to face her fears when she knows it’s necessary and the right thing to do.

Jacob is a little harder pin down. A loyal friend and the one who saved Cass’ life when she almost drowned. He’s still something of a mystery though and there’s always something we don’t know about him just out of our view and awareness.

Lara (the girl Cass meets in Scotland who shares her abilities) is also something of a mystery at first. A “proper” British girl of Indian and Scottish descent Lara adds to Cass’ understanding of her new role in the world and helps to guide her along that new path.

Then there’s the big baddie. I won’t say much of anything about who or what the big baddie is, except that I thought this character was really well done. Scary and seductive in equal measure and a perfect villain for this story.

Above I mentioned heart, friendship, and spookyness. These three elements really made the book for me. They are the foundation upon which the rest of the narrative is built. Cass and to a lesser extent the other characters are filled with heart and it shows through will and determination to see things through to the end and not give up on family and friends. And friendship central to the story, both old friends and new. It’s friendship that binds the characters together and keeps things from falling apart when danger and difficulty set in. And then there’s the spookyness. I mean yeah it’s a ghost story so it’s kind of expected but this book is filled with ghosts some benign and others very malevolent. And yeah it’s set in Edinburgh which has a spooky feel to it as well, something Schwab just builds upon. Which leads me to the next aspect of the story I liked so much.

Schwab imbues the book with a sense of place, in this case the city of Edinburgh. Now I know there’s much more to Edinburgh than ghost stories, but Schwab takes the haunting elements of the city and crafts a scary setting for her readers with locations famous for their haunts and ghosts. But she does more than offer a supernatural place. She helps young readers who may have never visited Edinburgh get a feel for the old town. This is done right away with a cool little map highlighting the primary locals visited in the story right in the opening pages. She also adds in a bit of modern local yore such as the pub in which it is said the Harry Potter books were first written. It’s some of these little things which tie the city and the story to something real and tangible for the reader that help make the location come alive.

I thoroughly enjoyed this book. It hit the right spot for me over the last few October nights sitting by the fire and listening to the wind howl outside while thinking back on Halloweens from my childhood. If you’re looking for a fun little ghost yarn that won’t take long to finish  you can’t go wrong with City of Ghosts. It may be written for a middle grade audience but it can be loved by readers of all ages. And interestingly enough this may be my favorite Schwab read to date. I can’t wait to read book two in the series, Tunnel of Bones, which is set in Paris, and for which Schwab left a few questions lurking in the back of my mind, things that were left hanging a little to be explored in coming books. So what are you waiting for? It’s time to pull back the veil…

2 thoughts on “City of Ghosts Review”